Crazy? Guilty as Charged (I Hope!) 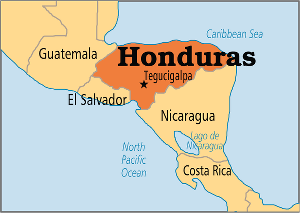 Where in the world is Honduras? (Map courtesy of Operation World)

Almost two months ago, once the dates were set for my first trip to Honduras, I asked missionary friend Bobby Hoyle of LendAHand Mission Teams if he had pointers about how to prepare for for my journey. “Yes,” said Bobby, who has been there. “Wear a bulletproof vest!” He was only partially in jest. 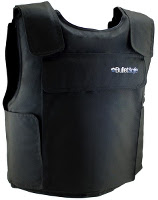 Yes, you can buy them on Amazon…

“So why are you going? Are you crazy?” Well, yes, of course I’m “crazy” — I’m a follower of the Lord Jesus! I’m not brave or bold or macho; I’m going because the King is at work in Honduras, and He has called me to help His Church. I’m going in order to train pastors and leaders, men and women who are making a difference in the world, ministers who are part of the Kingdom advance that has raised the percentage of evangelicals in Honduras from around 10% of the population in 1975 to a projected 30% by 2025. I’m going to a country where half the population of over 8 million is under the age of 18.

The flag of Honduras

I’m going at the behest of Guatemalan superintendent Atilio Chávez (following up two visits to Honduras by his dedicated teaching team) and at the request of Honduran superintendent Javier Cruz. I’ll be flying into San Pedro Sula on July 27, and holding the first two-day seminar in the city of Yoro on July 29-30. I’ll celebrate my 49th spiritual “birthday” (the anniversary of the night I was born again in Newport Beach, California) on Monday the 31st, kicking off a week of visiting various churches. Our final two-day seminar will be in the capital city of Tegucigalpa, August 5-6; and then, Lord willing, I’ll fly home on Monday August 7.

Map showing the state (“departamento”) of Yoro, Honduras. See the first map for the location of Tegucigalpa.

What’s the tema (theme) of the teaching? As usual, we’re starting off with hermeneutics — how to read, study, teach, and preach the word of God in context. Over the years, this multi-part series has been very helpful, especially to these ministers who will never get an opportunity to attend Bible college. The reputation of the helpfulness of this life-changing, eye-opening topic seems to have preceded the visit. Just two nights ago, Javier wrote me to ask if folks other than pastors could attend. And so, on the spot, I learned and employed a new Spanish phrase in my response: ¡Cuanto más, mejor! (The more the merrier!)

3 Mini-Reports on the Last Trip

Thanks for all you do!