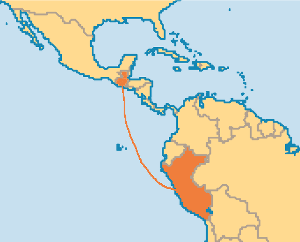 Guatemala to Peru: What's the link between the two?

What were those strange noises coming from Denise in the kitchen? At first, I couldn’t make it out. Was she muttering to herself? Speaking in a tongue? Having a breakdown? Well, yes, yes… and yes, sort of, if you count “breaking down” sentence structure as a “break down.”

It turns out that she was beginning to practice Spanish, using a conversational Spanish book that’s been in our library for a long time. I was thrilled because it shows her level of commitment to our upcoming Perú trip (10/26-11/9), and Spanish practice bodes well for her return visit to Guatemala in 2017, Lord willing.

Our upcoming Perú trip will be exciting, no doubt, but perhaps not as exciting to me as another recent Peruvian training trip. Why? Because that recent 2 Timothy 2:2 training trip was the work of Guatemalan leaders! 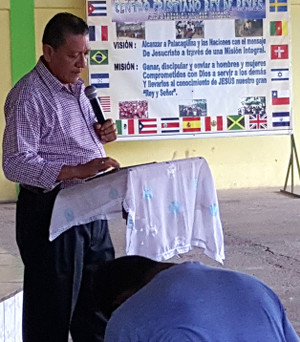 I’ll tell you a bit about my April ministry in Guatemala in the next “postcard.” But here’s the thing about these guatemaltecos (Guatemalans) – they not only hear, but they do! Guatemala has the potential to be a full-fledged Latin American “Antioch,” sending missionaries and trainers across Latin American borders and even overseas. Consider some of their recent activity:

All of this is in addition to their methodical leader-training and enthusiastic new-church planting in Guatemala. Do you see why it’s such a privilege for me to minister in Guatemala every year? 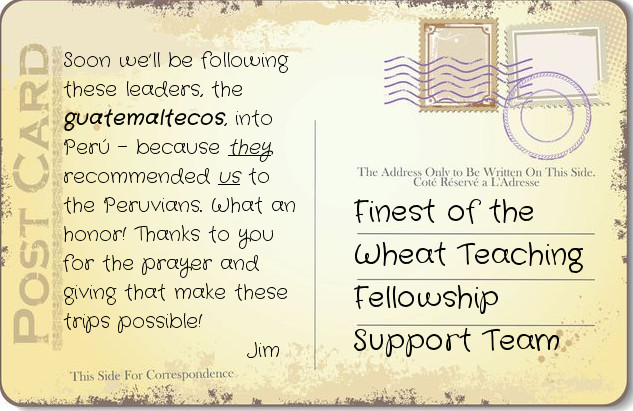 Credits: The map above comes courtesy of the OperationWorld.org site. The “postcard” image is used under license from 123RF Stock Photos.