The Threads of God’s Peruvian Tapestry 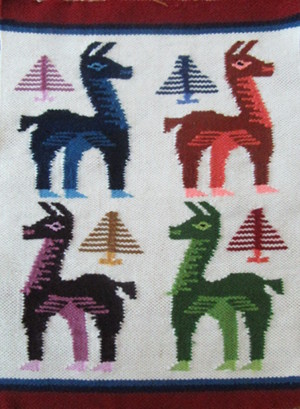 This tapestry? Tourist stuff!
But God's tapestry is a weaving for eternity!1

Normally I’d feel more than a bit frustrated getting this “June” newsletter out so late. Instead, with all the health challenges I’ve faced since returning from Perú, I’m very thankful to send this off at last! There’s at least one blessing in the delay: The “lost” time has afforded the opportunity to step back and get a better perspective of God’s artistry in bringing together so many different threads to make a rather intriguing Peruvian tapestry.

Threads of Unexpected Colors and Origins 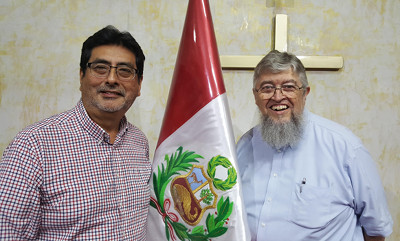 With Superintendent Jorge Watanabe in the Elio Church, Lima, Perú2 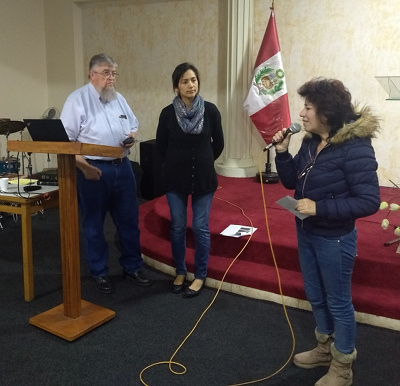 Pastora Dr. Janine de Watanabe making a presentation the last night of teaching in Lima. Note her cold-weather wear — it's winter down there right now! 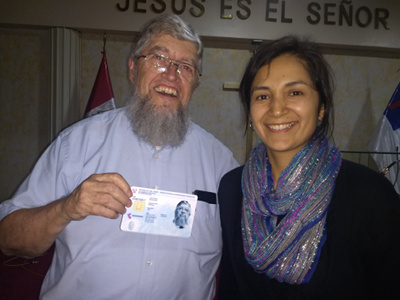 With Deysi (“Daisy”) West, who translated for me two nights in Lima and five nights in Ventanilla. Some day I'll tell you the story about that “Peruvian ID card” I'm holding. (Hint: It's meant to tease the saints in Guatemala!) 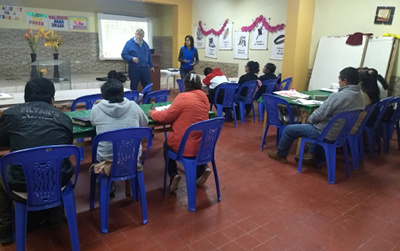 Our varicolored threads — yours in giving and praying, mine in preparing, going, and teaching — are what I bring with me wherever I travel. (I couldn’t go if you didn’t give, and I’d be very hesitant to go if I weren’t certain you were praying.)

The Holy Spirit used threads different from what I had anticipated on this trip. I had expected to continue teaching on Woman in the Kingdom of God. But I always defer to the superintendent wherever I go: “What do you perceive as the greatest teaching need for your leaders?” (After all, the superintendents are “there,” in touch with their leaders.) Superintendent Jorge Watanabe was clear: “The Guatemalans told me about the Holiness and Sanctification seminar that you taught there several years ago. That’s what we need now.” And so I readily submitted, shifted gears, changed plans. Thread origin: Guatemala.

Ah, but I needed something to complement that seminar, since I was supposed to teach for 15 hours in each of the first two locations. At the Lord’s direction, another thread was pulled up, this time Peruvian in origin. Two visits ago, an American missionary to Peru asked me to bring a clear teaching on grace, as a counter to the “cheap grace” message being exported from the States. That teaching module, The Purpose of Grace, had a great impact on my last visit to Perú; and, as it turned out, it intertwined beautifully with the subject of Holiness and Sanctification. I had never thought about how the two messages complemented each other. But the Lord knew! Thread origin: Perú.

God so clearly and sovereignly ordered every aspect of this trip. He ordered the venues, the timing, the people, the teaching, in ways I never could have imagined. Lives were touched, and changed, by the moving of the Holy Spirit, and the reach of that work of God will continue to spread. We are so thankful to the Lord, and we are so grateful to you for your part in this foundation-laying ministry. 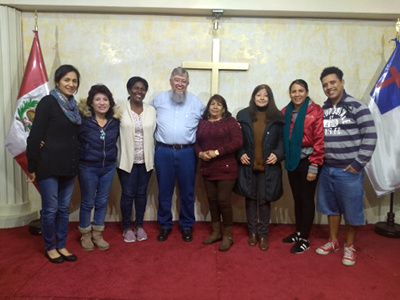 Some of the attendees in Lima 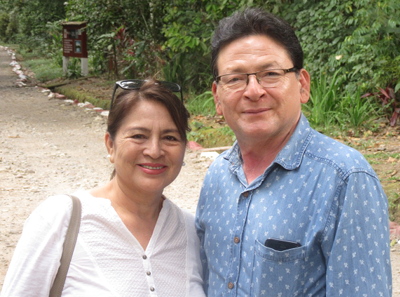 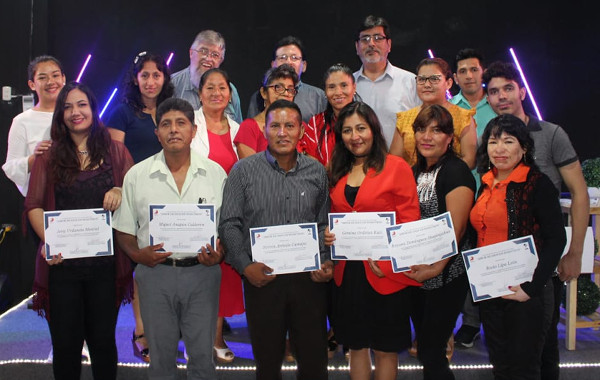 The Tingo María students with their course-completion certificates. Jorge (back row, right) translated for me. The tall sister front-row far left, and the tall brother, second row, far right, are the Venezuelans in residence.

If you have any interest in Latin America, you no doubt have been following the Venezuelan refugee crisis. Of Venezuela’s population of 32 million, over 12% (~4 million) have left their homeland. Of that 4 million, about 750,000 have been received by Perú. Take some time to update yourself on the crisis at:

I met four of those venezolanos, dynamic young Christians active in two of the churches where I taught. Of those four, all of whom eagerly imbibed the teaching, one set of newlyweds are in training for missionary work in… well, let’s just say, “The Far East” and let it go at that, for security reasons. They are learning the language of their target country, even as they hustle to make ends meet in Lima. This couple is under the tutelage of a veteran missionary couple (an American married to a Peruvian) whose family is preparing to go back to the Far East as soon as the Lord opens the door again.

The veteran-missionary wife translated for me during one of the weeks of teaching. Why bring all of this up? Because when we go to teach in one country, God can multiply the effect elsewhere. Given the enthusiastic, hungry response, it wouldn’t be a flight of fancy to imagine that these “threads” of teaching might reach across the Pacific to Asia, as well as doubling back to Venezuela. 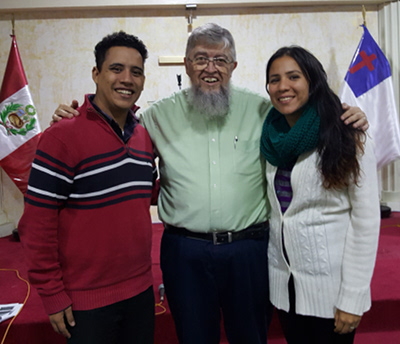 With Deivy (“Davey”) and Karen, two on-fire Venezuelan newlyweds. He's the graphic artist responsible for my bogus ID (above), and she’s the new songwriter. (Yes, I have purposefully omitted their last name.)

The Lord’s tapestry even drew in a musical thread ­— with perhaps more to come. While teaching in Elio/Lima, one night I shared my long-standing heart-prayer that God would raise up gifted, Spirit-inspired poets to give birth to a wave of original Spanish-language worship songs. Not a week had gone by before I discovered that one of the Venezuelan sisters, inspired by the Holiness and Sanctificationseminar, had been given a new complete “package” of lyrics and music from the Holy Spirit. Based on Psalm 103, the chorus is a heartfelt cry, which translates as:

Cleanse me today with your fire!
Transform me!

How far that thread might go, only the Lord knows! 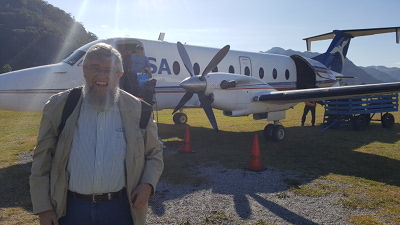 Our over-Andes transport to Tingo María 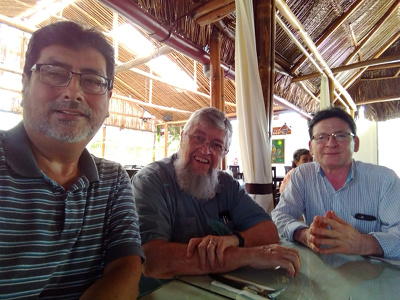 In every Kingdom advance, there’s always some enemy push-back. My health and energy held up pretty well through the five-week marathon trip. Then within an hour (quite literally!) of walking in the door of my home on 6/18, my thirty-four days of go-go-go just stop-stop-stopped! I’ve had to deal with a couple of medical issues, most likely related to side effects of the anti-malarial medicine I was taking. The length of the trip, along with the energy demands of being constantly “on point” and engaged, often in Spanish, scuffed, stretched, and abraded my personal fabric, leaving me (ahem) “hole‑y” exhausted.

I’m still not 100%. I suppose you could say that after all those weeks of watching God weave a few threads from our ministry into His tapestry, I’m a bit “threadbare.” But looking back on the solid, colorful results, the unexpected threads and colors in God’s handiwork, and realizing the potential connections to other lands and media, well, I’ll accept a season of being “threadbare” in order to “bear” fruit. 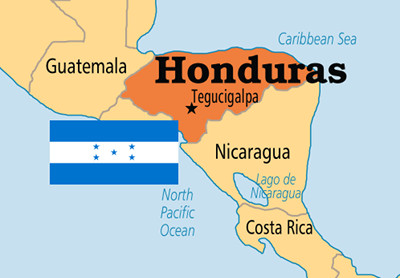 I can’t take too much longer to “recover” because the next trip — Honduras — is barely five weeks away! Many thanks for your “threads,” which helped to make this Guatemala/Perú trip an abundant success! Now, if you wouldn’t mind, please weave me into your prayers — for restored health, for God’s provision for airfare for Honduras ($900+), and for prepared hearts (mine and those of the hondureños), that Jesus will use the teaching and the interactions to complete another portion in His tapestry!