The Eternal God and His Timing

The Passage of Time

Crown Him the Lord of years,
The Potentate of time,
Creator of the rolling spheres,
Ineffably sublime.1 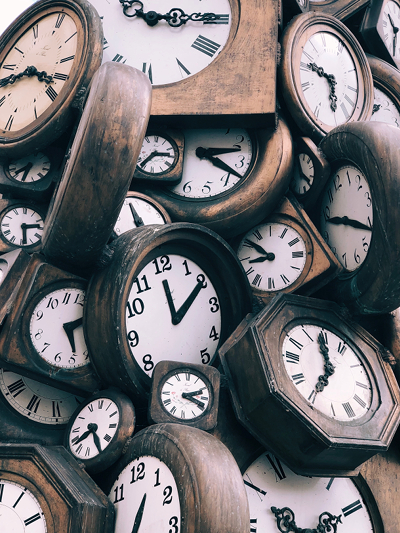 The Eternal One has His appointed times!2

Since the last newsletter, I celebrated the 51st anniversary of giving my life to Jesus. In the scope of eternity, 51 years isn’t even a blip on the radar scope. But such milestones provide a moment for reflection and thanksgiving for the goodness of God, and sober us when we consider the end of earthly life is approaching faster than we realized.

Part of preparing for eternity, as well as serving in the “now,” is in reviewing the things He has taught us. One thing I’ve learned in 51 years is that knowing the will of God for any given situation isn’t nearly as challenging as knowing God’s timing. It’s God’s marvelous timing I’d like to share about this month.

“My Times Are in Your Hand” 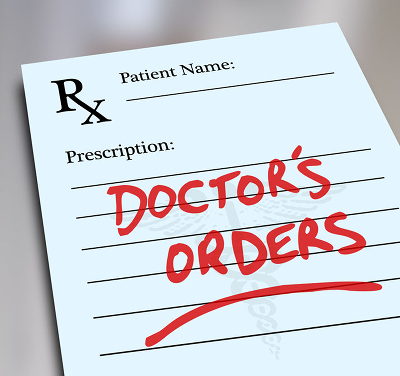 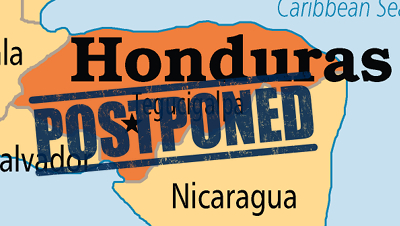 By the time you read this, I should have been in the midst of packing for my Honduras teaching trip. But…

…you may remember that I reported some medical challenges in last month’s newsletter. This has resulted in some surgery being scheduled. The proposed surgery didn’t keep me from going to Honduras; no, the doctor’s strong no-go advice was issued based on a related infection and bleeding that wasn’t clearing up in a timely fashion.

Does that cancel the Honduras trip? No, it just changes the timing. This resulted in a hearty “Amen!” from our prayer team; a number of them had felt that August was too soon for the trip, but the reason wasn’t clear to them. We’re trying to re-work dates for late October/early November. If all goes well, I can be “cleared for flight,” so to speak, five weeks after my second surgery, which has just been re-scheduled for 13 September. (Some people are bored with medical details; some can’t get enough. I’ll just give you the name of the procedure that will be done on each of my legs — endovenous thermal ablation — and the curious can click on the accompanying 41-second video.)

Interrupting a Prayer Time – with an Answer!

The mind of man plans his way,
But the LORD directs his steps.
— Proverbs 16:9 —”It will also come to pass
that before they call, I will answer;
and while they are still speaking,
I will hear.
— Isaiah 65:24 — 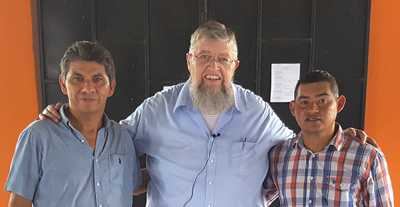 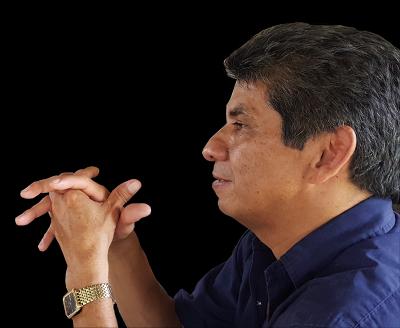 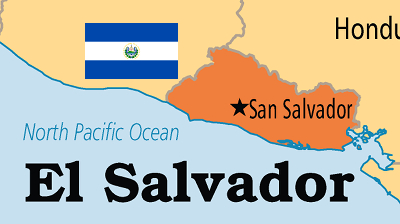 “May you always appear where you are
most needed and least expected!”8

It would take too much time to go into all the details, but a side trip to El Salvador was projected to be part of this month’s Honduras trip. However, the schedule had changed for the man with whom I was supposed to go — Bro. Antonio Rodriguez. Nevertheless, right after hearing about my trip postponement, Antonio had the opportunity to speak with the superintendent of a group of churches in El Salvador. Antonio’s intent was to see what could be arranged for a visit right after the Honduran teaching in early November. Antonio explained to the superintendent that I itinerate in order to teach and disciple pastors and leaders.

This “super” was astounded because of several things. He had been in the middle of a special prayer time, asking the Lord how he could hold training meetings for his pastors. They wanted an outside speaker, and what we offer was right in line with what he was looking for.

But, he said to Antonio, we don’t have any money to pay a speaker. That’s when my friend explained that we don’t ever charge for this teaching, because our support team — generous, praying folks like you — donate to our ministry in order to make these training sessions possible for developing-world leaders. The “super” was amazed. He hadn’t finished praying yet, and it seemed like God had answered everything he had just prayed for! “Before they call, I will answer.”

Had I gone to Honduras this month, we might well have missed this window of opportunity. I’ll report more on this as we get closer to the date.

More Time to Reflect and Focus

…A Song of Love.
My heart overflows with a good theme;
I address my verses to the King;
My tongue is the pen of a ready writer.
— Psalm 45:1 —

So, what to do in the meantime? Ha! I never run out of things to do. With three months sort of “added” to my schedule, I’ve had time to reflect on several things coming out of my recent Perú trip:

Deivy (“Davey”) and Karen's 5-minute report
will bless you. 9 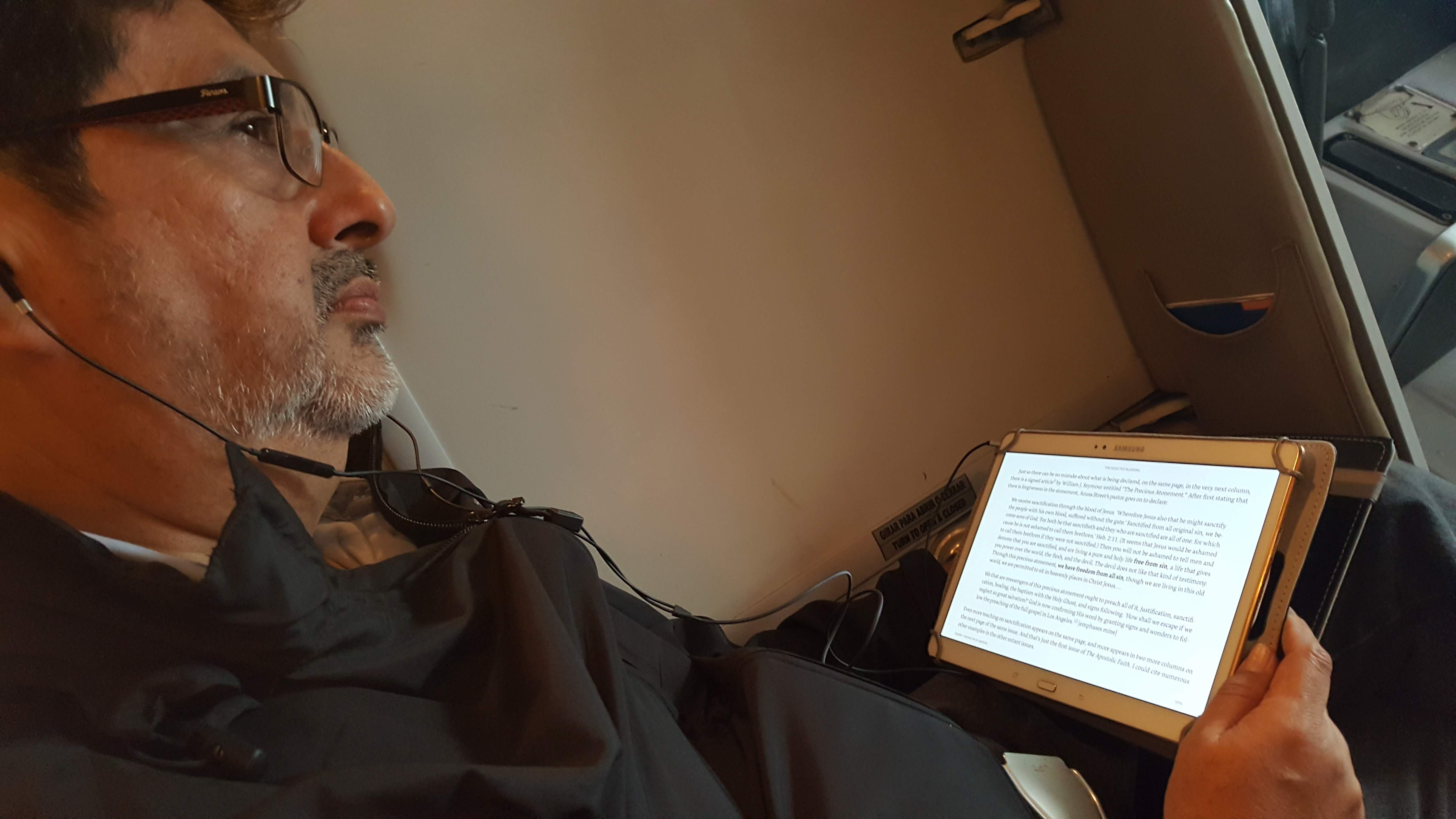 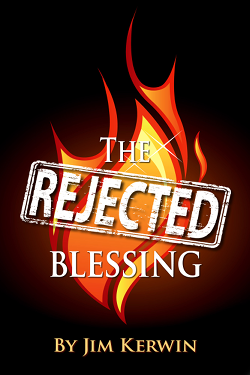 Believe It or Not: The Spanish translation of
The Rejected Blessing has been a work in progress for several years. But it was translated into Hungarian six years ago. Go figure!11

The Time of Firstfruits: I explained in The Threads of God’s Peruvian Tapestry the perfect timing and the impact of the holiness message that I was able to share in three training venues. That impact was driven home to me when I received a video from my Venezuelan friends, Deivy and Karen, the two who are in language training for missions in… well, the Far East. I’m inserting their 5-minute video at this point. Yes, the audio is in Spanish, but their English subtitling is very good and to the point. Yes, you’ll see me mentioned, but that’s not the critical part. Rather, watch what they’re saying about holiness, and the impact of what they learned. That’s the lasting impact we — that includes you! — have accomplished together!

Time to Be a “Ready Writer”: After our last training venue in June, while flying back from Tingo Maria to Lima, Perú, I looked across the plane aisle to see Jorge Watanabe, the Perú Superintendent, reading on his tablet. Nothing unusual in that. What was noteworthy is that he was reading the Kindle version of my book The Rejected Blessing. Through discussions with Jorge (who was excited about several of our titles, including Percy Gutteridge’s The Gospel of the Glory), his wife Janine, and others, it’s clear to me that I need to double down on writing, as well as getting some of our books translated into Spanish.

To that end, in the last several months, we’ve released or re-released Faith Is Substance, Boyhood Memories and Lessons, Sunnyside Papers, Who Was the Angel of the LORD? and Letting In or Getting In? Have We Got the Gospel Backwards?

We’re also preparing new titles like The John the Baptist Experience, Soul-Help Papers, Holiness: Preparation for His Coming, as well as the paperback version of New Testament Holiness. And we’re working with someone to pick up where we left off several years ago on the Spanish translation of La Bendición Rechazada (The Rejected Blessing).

Times of Waiting on God 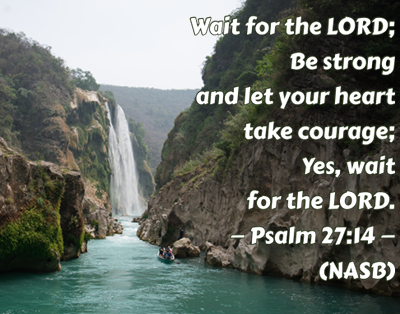 We Christians are big on talking about “waiting on God.” We like the concept a lot — except for the waiting part! That’s another thing I’ve learned in my 51 years — waiting is the most vital thing we can do in ministry and Christian service. The world has trained us to expect instant gratification, and so we expect “ ‘prime’ same-day service” from God. But waiting, patient waiting, is what the eternal God asks of us, a sacrifice of the precious finitude of our time to be lovingly lavished on Him. It’s in this place of quiet abiding that God ministers Himself to us and in us and through us.

Impatience isn’t our only problem; so is “the fear of man” and “appearances.” Waiting on God appears to an outsider like “doing nothing.” After 51 years, though, it’s abundantly clear that pleasing God is much more important than pleasing man. We are waiting on God for His perfect timing for Honduras and El Salvador, for His full financial supply for that trip, for a speedy post-surgical recovery, and for His financial supply for our medical needs. (Even with decent Medicare insurance, the “co-pays” pile up quickly!) Please take the time to wait on the Lord with us, to pray for us and for these precious Latin American leaders, and to follow the Holy Spirit’s leading. We want to pursue God’s perfect will in His perfect timing!

Next post: Sweet Peace, the Gift of God’s Love