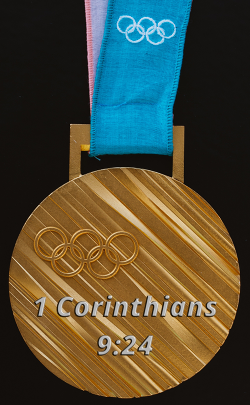 The first portion of my “Spring Olympics” marathon is in the heavenly record books. Honduras played out differently than I had thought, but even better than I could have planned. I’ll give you a report on that and cover an “Olympic event” that gets very little “sports coverage” — wrestling, specifically the “Sidewalk Smackdown.” (Spoiler alert: Sidewalk: 1; Denise: 0.)

Before we consider this wrestling event in the Spring Olympics, let me report on how “Leg One” of the Spring marathon turned out. This marathon portion was run in Honduras. It didn’t turn out anything like I expected. Disappointing? No, just different ­— and probably better. 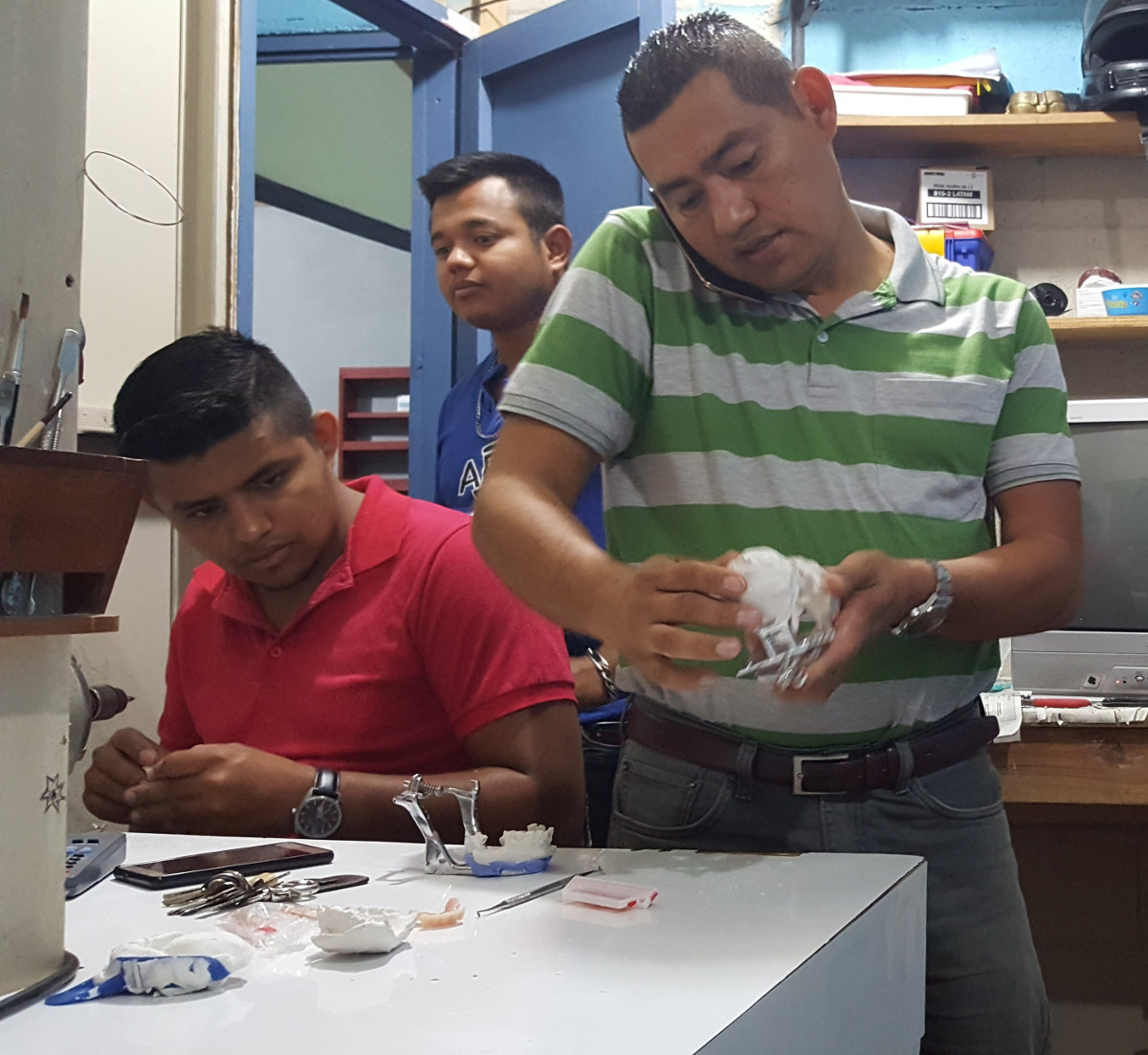 Superintendent Javier Cruz in his dental lab, custom-building a full denture set. Pray for God's blessing on this business, as it underwrites the travel expenses Javier incurs as he faithfully ministers to his far-flung and remote pastors.

Last summer’s Honduras visit brought in pastors from a variety of villages and small towns surrounding Yoro (the first location), plus pastors from suburbs surrounding Tegucigalpa (or Téguz, the second location), including a group of eight pastors who live five hours away in an area along the Nicaraguan border. Hardly any of those came this time! Illness and family issues sidelined the Yoro-area village pastors. And Tegucigalpa? For a number of them, what I’m teaching is very disruptive to their legalismo (legalism), which is the focus of their preaching. And the border-area pastors? It is very far and expensive for them to come to Tegucigalpa, and the trip just wasn’t feasible for them this year.

So was the visit a bust? Far from it! In fact, I’d say that we “medal-ed.” Consider: 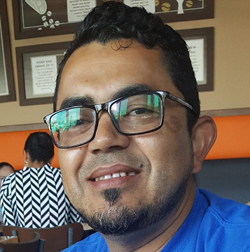 In his teaching about spiritual armor, the Apostle Paul makes clear why we are to wear it: “We wrestle not against flesh and blood, but against principalities, against powers, against the rulers of the darkness of this world, against spiritual wickedness in high places” (Ephesians 6:12). Spiritual warfare is a subject that most Bible Christians acknowledge as existing, but they seem to live in relatively blissful ignorance about it. A few obsess over it. But the closer one gets to front-line Kingdom assignments (like missions trips), the more it becomes a daily reality and struggle. 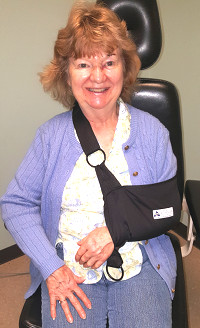 Denise is not anxious
for a rematch!

Most often, for us attacks center around computer problems, financial challenges, and weariness. Those problems aren’t new; we pray, fall back on the Lord, put our heads down, and plow ahead. Wrestling wouldn’t be wrestling if it were easy, now, would it?

But last Tuesday — just eight days before the this week’s upcoming Nicaragua trip — was different. I was on the phone with one of our daughters and I heard Denise calling me from the front door. She stepped through our portal with four streams of blood running down her face from a gash in her forehead. She’d been out on her daily health walk (note the irony!), had tripped on an uneven sidewalk crack, and knocked herself out on the sidewalk. Toll: 8 stitches above her left eyebrow, broken left elbow, a colorful “shiner” around her left eye, badly bruised (but not broken) nose, two full days lost, to the emergency room and to visits to an orthopedic surgeon and and ear-nose-throat specialist. Not to mention needing help in all manner of daily activities that normally require two hands.

Short version of the wrestling score: Sidewalk: 1; Denise: 0. A random accident at such a strategic time? If you believe that, I’ve got a bridge in Brooklyn to sell you! Obvious analysis: More warfare prayer needed for protection, not just during the missions trips proper, but before and after the trips, and for family members who stay behind. 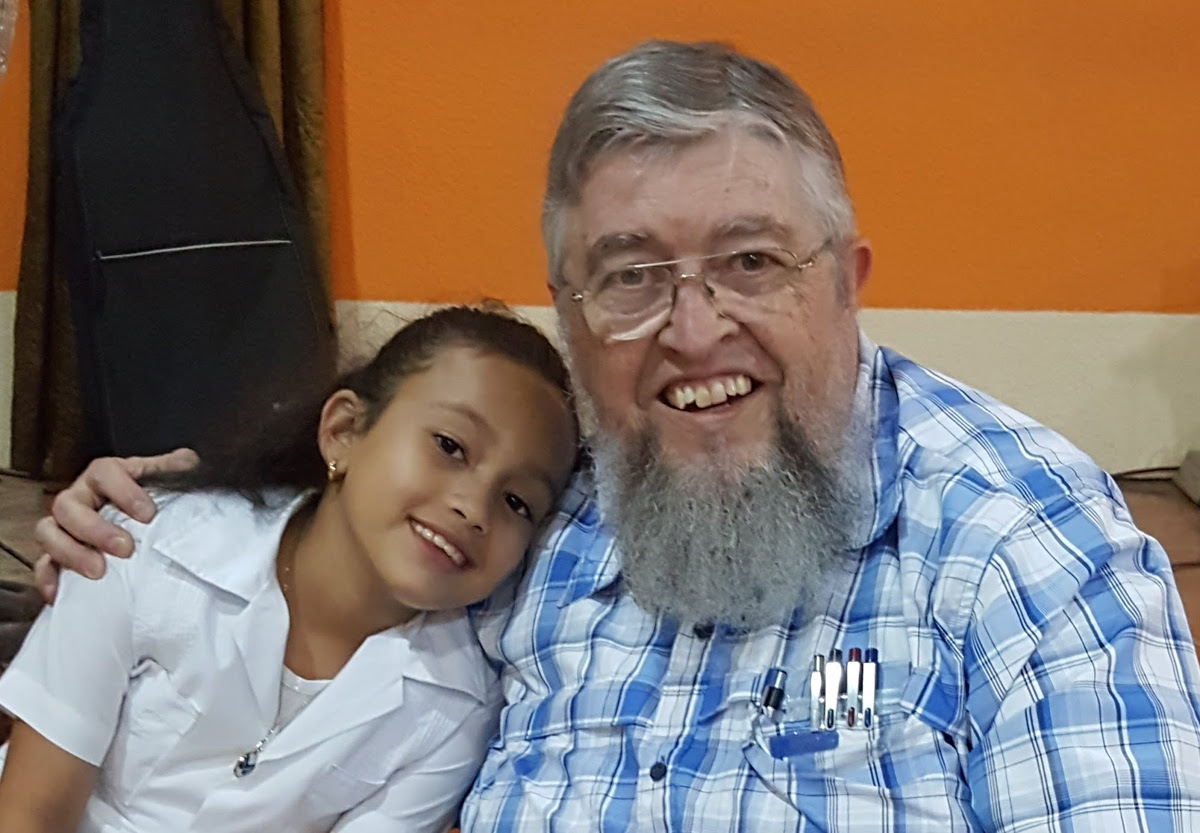 With my new “novia,“
Jossari N. of Yoro.

Most of the Sacred Treasure House Initiative: Quilalí pastors’ Bible-study reference books are going to be delivered. But more wrestling is needed. Despite being ordered three months in advance, only the commentaries and dictionaries will be available this week during training. The Strong’s Concordances are still on backorder, and aren’t expected until mid-May. I think I have enough copies of Strongs available from which to teach if I do it by groups. Final-week materials preparations have been derailed from the original track, but my “nursing” role in Deni’s life has been more important than a few pretty handouts for class.

So please pray as I am away in Nicaragua with LendAHand Mission Teams from Wednesday, 4/18 through Friday 4/27, after which we’ll have an 11-hour drive home from Jacksonville, Florida. We’re still looking to the Lord and expecting His blessing — if you will pray, God will bless!  We thank you!