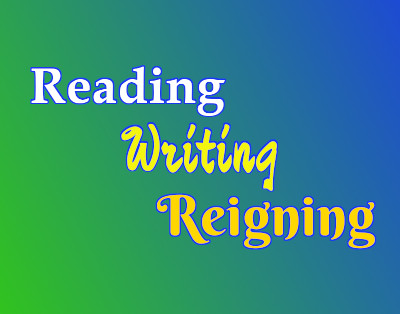 Several times a year I drive down a long stretch of highway in my home state of Virginia. While traveling westward on this road, I pass a church which hardly ever changes the message on its marquee. It nearly always proclaims that congregation’s motto:

Even though that probably doesn’t leave much to the imagination as to the typical content of their preaching and teaching (I’m guessing topics like prosperity, positive confession, and “living like a king’s kid”), it always makes me wonder if they teach anything about God’s minimum requirements for kingship, including one passage which seems to me to be one of the most thought-provoking passages in the Pentateuch.

There came a time in Israel’s history when God’s people sought a sovereign other than Jehovah. In what seems to be a deeply personal comment to Samuel, words spoken from wounded love, God Himself whispered to His prophet,

The Lord said to Samuel, “Listen to the voice of the people in regard to all that they say to you, for they have not rejected you, but they have rejected Me from being king over them” (1 Samuel 8:7).

Reigning, Then Writing and Reading

But the Lord had anticipated this very situation (and the mindset behind it) 350 years before the event described in 1 Samuel.2 Although the people’s demand amounted to a rejection of God’s direct kingship over them, the Lord knew that Israel would wish for a human king. Thus, in His foreknowledge, God spoke through Moses to set down parameters for kingship in Deuteronomy 17:14-20. The entirety of the passage would make for an interesting study; however we want to focus just on the last three verses of the chapter and think about the example they carry in them —

18“Now it shall come about when he [the king whom the Lord has chosen from among the people] sits on the throne of his kingdom, he shall write for himself a copy of this law on a scroll in the presence of the Levitical priests. 19It shall be with him and he shall read it all the days of his life, that he may learn to fear the Lord his God, by carefully observing all the words of this law and these statutes, 20that his heart may not be lifted up above his countrymen and that he may not turn aside from the commandment, to the right or the left, so that he and his sons may continue long in his kingdom in the midst of Israel.”

In my 50-plus years of following Christ, I don’ t think I’ve ever heard anyone teach or preach on this passage.

There are some fascinating thoughts to consider here:

Once the king had created his own personal copy of the Bible, the monarch was to keep it close at hand and read from it daily — in fact, “all the days of his life” (v. 19). Interacting with his personal, hand-written copy of the Bible each day would provide benefit and protection for the ruler (and his subjects):

Now We Read and God Writes

What can we learn from all of this? Well, for starters, I’m certainly not advocating that you should hand-write your own copy of the Scriptures. There are many more pages in our Genesis-to-Revelation Bibles than David had to copy!4

And yet, as I have interacted with people in over fifty years of pastoring, preaching, and and especially Bible-teaching, one of the greatest neglects among Christians (real and so-called) is our disobedience and indiscipline in reading the Scriptures daily, disciplining ourselves to read them through regularly. We need, like the kings of God’s choosing, our own personal copies of the Bible. What makes a Bible copy personal? Constant reading, study, meditation, interaction, and application are what make the Scriptures personal.

Part of that “personalization” is writing. No, not because of anything we write. You see, in the New Covenant it is God who writes the Scriptures. No, He doesn’t write new “books of the Bible”; rather, as we seek His heart through prayer and His mind through reading His Book, He writes inside of us. In fact, it’s very instructive to notice the slight variation the writer to the Hebrews puts on his two quotations of Jeremiah 31:33—

“For this is the covenant that I will make with the house of Israel after those days, says the Lord: I will put My laws into their minds, and I will write them on their hearts, and I will be their God, and they shall be My people.” (Hebrews 8:10)

“This is the covenant that I will make with them after those days, says the Lord: I will put My laws upon their heart, and on their mind I will write them…” (Hebrews 10:16).

Did you catch the differences?

God seeks to write His truth on both our hearts and our minds. And one means of grace by which He accomplishes this ongoing writing is through our regular, disciplined reading through the Bible. We should desire for the Lord to have every opportunity possible to write in our hearts and mind. As we are making His Book personal to us by daily interaction, He is “personalizing” another of His writings — us! His desire is to make each of us “a letter of Christ… written not with ink but with the Spirit of the living God, not on tablets of stone but on tablets of human hearts” (2 Corinthians 3:3).

In this process, there’s a sense in which we become “scripture.” No, I don’t mean we become “infallible” or have deep Bible knowledge or have memorized lots of verses. I mean that we become something that others can “read,” an open-book life others can examine, another volume about Christ in which anyone who is searching can see the glorious work of God.

Reading, Writing, and Then Reigning

Reading and Writing go together, and serve to personalize the Scriptures. The Scriptures become “ours” because we are making them so, and because the Holy Spirit is being allowed to write God’s truth in our hearts and minds.

As for the Reigning, well, that’s a matter best left to the King Himself. He alone gets to choose those who serve in administration under Him.5 Usurpers who grasp for rulership (like David’s “‘A’ Team,” his sons Amnon, Absalom, and Adonijah, who all considered themselves “destined for the throne”) come to a bad end. Rebuke always seems to be the “reward” of those who make claims on Christ to be co-rulers with him (as the Apostles James and John could attest — see Matthew 20:20-28 and Mark 10:35-456).

There are qualifications for reigning, and only the King Himself knows the hearts that qualify. Consider:

At the beginning of every new year (and frequently throughout each year as I travel and minister), I exhort fellow believers to read and re-read the Bible cover to cover annually. Every year a few more respond to the appeal, and their lives begin to change and mature. I have observed this over the years as the Holy Spirit opens their understanding, changes their perspective, and deepens them. 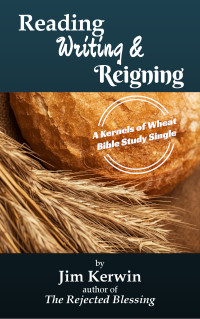 As these believers are faithful in this “very little thing” of reading the Scriptures, of owning the Bible and being owned by it, they may not realize that they are re-enacting a royal requirement made incumbent on Israel’s kings. Their reading will help them to be faithful in other Kingdom matters. It will help strengthen them to endure the suffering that comes into the life of every believer. While they are faithful in their reading, the Holy Spirit will be faithful in His “writing” on their hearts and minds. And from among

the King will promote these “good and faithful servants” to their proper positions of reigning in the age to come.

Faithful reading. Heart-writing. And finally reigning. Writing out a personal copy of the Scriptures and reading it daily was meant to be the duty and delight of God’s anointed king under the Old Covenant. Under the New Covenant, how much more should the discipline and delight of reading the Scriptures (and allowing the Holy Spirit to write God’s law on our hearts and minds) be the focus of those who have their sights set on reigning with the Lord? If you aren’t doing so already, shouldn’t this be the year that you start the lifelong, daily process of hiding God’s word in your heart? If so, you know the best day to start — today!

“I have not departed
from the command of His lips;
I have treasured the words of His mouth
more than my necessary food.”
—Job 23:12—

Previous post: If Thou But Suffer God to Guide Thee