chapter 10 from the book
Boyhood Memories & Lessons
by
Isaiah Reid 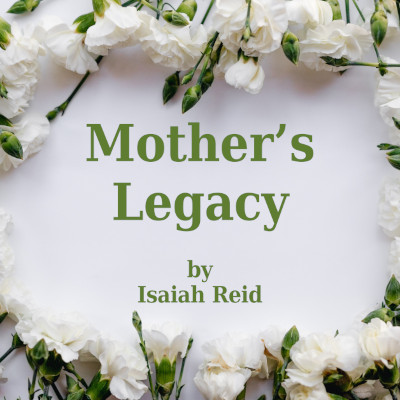 Mother had a catechism which was called The Child’s Catechism. She used it for teaching us before we could read. She asked questions, and answered them either according to the book or with her own “Notes” and personal explanations and illustrations. The first question in the book was “Who created you?” The answer was in a monosyllable, “God.”

I have never been able to get away from that teaching. It was in harmony with the Lord’s Prayer she taught me a little later, beginning with the same Person, only the name was changed to “Our Father.” From that day I always believed that God was my Father in the creation sense, and that He was the Creator of all souls, and ruler of this world. I could never believe that I was a “child of the devil.” In sin I acted like a child of the devil, and was on his side, but all this while I was a prodigal from home. While in sin, and I read from the Bible, “All souls are Mine,”3 I recognized it as a truth stamped on my soul. I belonged to God even while in the service of Satan. I did not then understand spiritual things, yet I recognized the general and natural Fatherhood of God.

Quest[ion]. WHO Created you? answ[er]. God.
Detail from an early New England primer. Besides the ABCs and questions like these,
this particular book also included the Westminster Shorter Catechism.4

I have never had any reason to change this view. I am satisfied that humanity in general recognizes the same fundamental truth. Whether it be a newfangled notion or old, I have ever preached that God created all souls, and that the term “child of the devil”5 never meant that God did not create people who were now sinners, but that their creation made them the natural “offspring” of God; and that in this sense He was their Father, and that because He was, He should be owned and honored as such.

In that masterly argument of Paul in the seventeenth chapter of Acts, where he sets forth the unity of the race, he specifically says, “We are His offspring.”6 He means the entire human race. The whole context forbids us to construe him as saying that Christians only are the offspring of God. And this word “offspring” implies Fatherhood. Alexander Cruden7 defines the word thus: “That which is sprung of, or produced by, another, as children, plants and fruits.”

In the Sermon on the Mount,8 Jesus appeals to the multitude of His listeners as “children of your Father which is in heaven”9 as a common basis for their action and obedience. He presents the idea as if they recognized the fact of their paternal relationship, and felt its obligation, and appeals to it as a point of access to their better judgment. He appeals to the fact of their being God’s “offspring” as a reason why they should in life and act “become children of their Father in heaven.”

It is evident that there is such a thing as natural sonship. It belongs to the human race and inheres in the creative and loving nature of God. It is one of the foreordained things belonging to humanity. Man has no choice as to being brought into the world so endowed. It is one of the conditions fixed by the will of Him who brought him into this world. No man can be responsible for being born in such relationship. It is unconditional. It is not a “blood-bought” privilege. Christ did not come to make this relationship, though He came to bring men into its privileges once lost by sin.

It is evident also that if there be natural sonship, there must also be natural Fatherhood, for one cannot be without the other. The estrangement of sin does not alter the fact of this relationship. We were originally made in the image of God.10 It belonged to our creation equipment. When we lost this image through sin, it did not invalidate the facts of the case. The race prays “Our Father,” and feels the petition is based on a real relation between God and the soul He has created. Mother taught me to pray the Lord’s Prayer long before she knew I was a Christian. I knew God was my Father in this general, this natural relationship, long before I was converted. I never doubted it.

After I was converted11 there was a realization of another kind of relationship to God and another kind of Fatherhood in Him. This was spiritual Fatherhood and spiritual sonship. It cried out, “Abba, Father.”12 It was not something which was born with me when I came into the world, but came to me when I was regenerated by the grace of God. Unlike my natural sonship, this was conditional, and brought with it certain rights and powers that natural sonship never knew or understood. This was a conferred right. The other was a birthright. The word of Scripture is, “To as many as received Him, to them gave He power (right or privilege) to become the sons of God” (John 1:12). This is more fully expressed in 1 John, third chapter, first verse and onwards, where the Apostle John calls special attention to the love of the Father (note the word “Father”) which “bestowed” sonship on us. This is something entirely different from natural sonship, for he says that on account of the conferring of this blessing “the world knoweth us not.” The world would not “receive Him,”13 and therefore has nothing more than their birthright relationship. Since spiritual sonship is limited to those who “receive Him,” therefore it is not a universal blessing belonging to men by right of their creation, as natural sonship is.

The sinner knows only natural sonship, or God as His Creator. Spiritual sonship is possible only by way of real regeneration by the Holy Spirit. The Bible, the nature of the case, and universal human consciousness attest to the truth of the whole matter. This is the true solution to the much-discussed matter concerning the “brotherhood of man and the Fatherhood of God,”14 between heterodoxy15 on one side and orthodoxy on the other. The fact of natural sonship cannot be substituted for spiritual sonship, as liberalists would try to persuade us to do.

Yet we, too, are untrue to the facts in the case and lose our point when we deny the unsaved man his natural sonship and tell him that he is a child of the devil, in such a way that he understands our position to be that he is begotten by Satan. The liberalist is wrong in confounding natural Fatherhood and spiritual Fatherhood and making one equal to the other, so trying to do away with salvation by grace and the atonement of Christ. We are wrong if we tell the unsaved man that he has no divine Fatherhood. He recognizes with all the race that he is the offspring of God. We destroy our own approach to him when we tell him that no man has God for his Father except a converted man; for that is but a half truth. 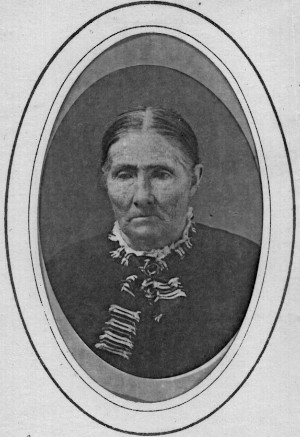 Mother was right when she taught me, “God made me.” God bless all the mothers who early teach their children these fundamental doctrines, thus forecasting their future faith and saving them from the inroads of weak-kneed Christianity.

I can see Mother’s face yet, and hear her voice, as she kept on with other questions.

“Who killed Goliath the giant?” and I, proud of the knowledge, spoke up with confidence, “David.”

“What became of the bad boys who made fun of the prophet preacher?”

“The bears ate them up,” I said, as I nestled up closer to her, while the night’s darkness gathered thicker around the old fireside.

“And what was the prophet’s name?”

“Eli,” I said, with somewhat of uncertainty, which I saw by Mother’s smile was not the right answer.

“No,” she said, “Eli was the man who fell off his chair and broke his neck. Who was it? William [to my brother], can you tell?”

“Well,” said Mother, “you may both look that up and tell me next Sunday.16 Now, Isaiah,” she said to me, “who blessed the little children?” 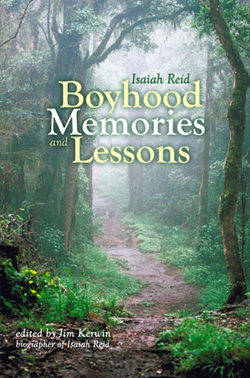 “And who sat at Jesus’ feet while He talked to her?”

“Now, then, say your prayers and I will tuck you in your bed.”

And I began with “Now I lay me,”17 and concluded with “Our Father,” and slipped into my trundle bed as happy as—yes, happier than—I go to bed now after I have preached two or three times a day. I did not know as much then. I had not sinned as much, nor had so much to sorrow over.

Blessed days of early life with Mother! How glad I am she is safe-housed in Heaven. Sing on, Mother! I’m coming. Your teaching and life are bearing fruit. Your life repeats itself in your son. “Being dead, you yet speak.”18