Highs & Lows Before the Most High 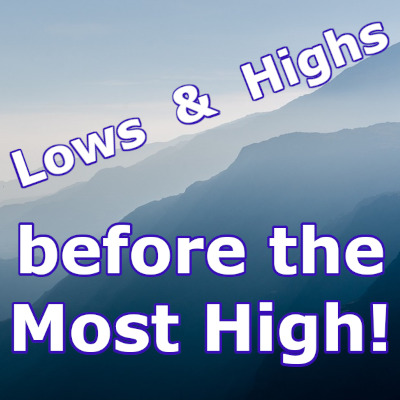 We experience lows and highs.
Nevertheless, we’re sustained by the Most High!1

Spending the last three full years of my life in the intimate company of John the Baptist while researching and writing The Exceptional Messenger has meant that I’ve also spent months in reflective fellowship with Elijah the Tishbite. (Some of you have commented on how much the book’s Squaring John with Elijah chapter has helped you.) One of the many things I’ve come to appreciate about Elijah is what James 5:17 says about him:

Elijah was a homoiopathēs man…

Homoio-who now? The King James probably comes the closest to the Greek here when it renders the word as a man subject to like passions. The homoi- prefix means like, similar, resembling. But once you know that the pathēs part of the adjective comes from the verb-cluster páthō / páschō / pénthō family which means suffer, feel, or vex, you pick up on James’ idea: Famous, powerful Elijah, the “super prophet,” knew dismal discouragement, along with miraculous success, first hand. He had his lows and highs.

Remember back in June when I shared the warfare-themed message about “Give Me This Mountain”? Well, I was sincere in what I wrote. The problem about real warfare, though, is this: the enemy is “sincere,” too — and he shoots back! We’ve been through some lows and highs, a burnout and many blessings over the last two months.

Let me get the “lows” out of the way quickly, because our “highs” have been encouraging blessings! And I can share Elijah’s path from his “low” to a new “high.” 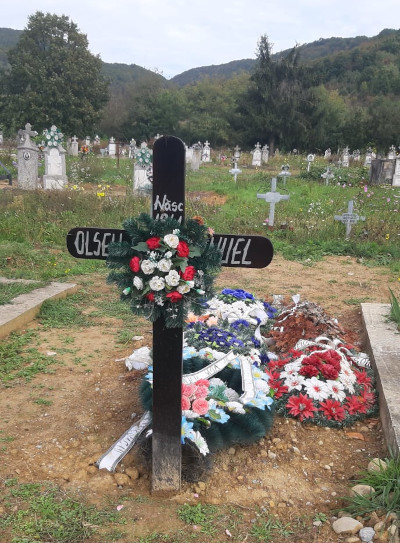 After spending thirty years of pastoring in the States, Roy Olsen felt called in the early 2000’s to reach Romania for Jesus. We shared similar ideas about “retirement”!2 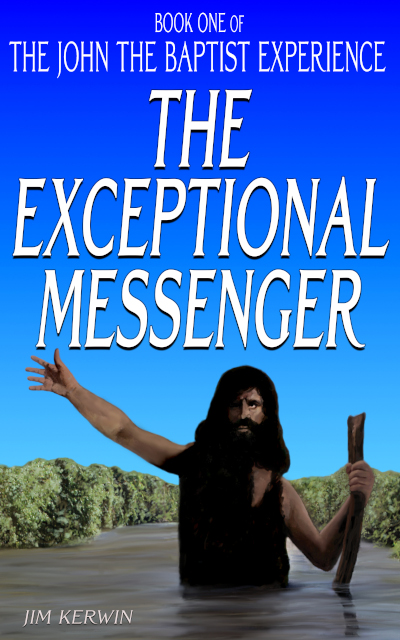 With thanksgiving, joy, relief, and trepidation, we release this new book. May the Lord use it to glorify Himself… 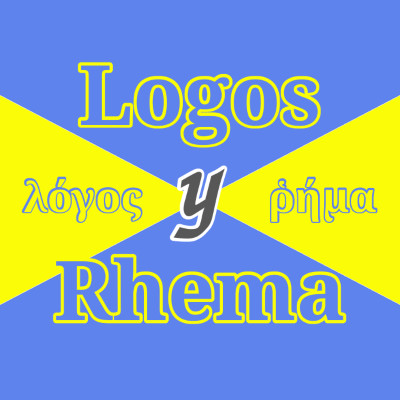 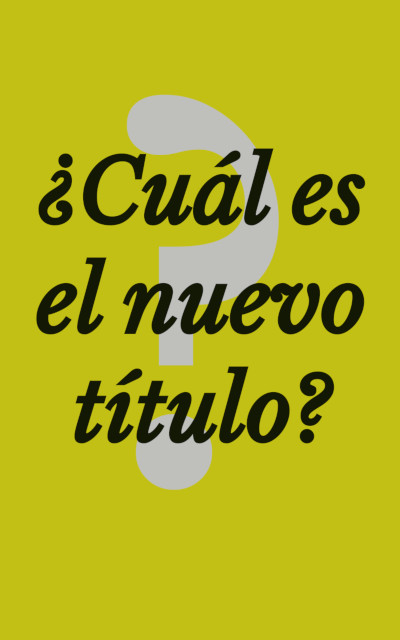 Which translated title we hope will bless?
Holiness history buffs can guess!

Prayer to the Highest from the Lowly (and the Low!) 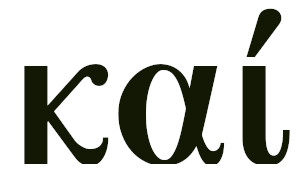 Ah, that deceptively simple “and”! Most often, “and” is how the common Greek word kaí should be translated. But kaí is a highly adaptable Greek word, and sometimes its function is to emphasize “a fact as surprising or unexpected or noteworthy.” At such times, it means “and yet, and in spite of that, nevertheless.”3

I believe James uses the word to emphasize a special point of contrast, and it seems to be this (if you’ll accept my humble “translation”) —

“Elijah was subject to emotional highs and lows (like the rest of us); and yet, nevertheless, in spite of that he prayed earnestly” and God could and did work miracles through him.

No, I didn’t include that comforting, encouraging thought in the “Elijah chapter” of The Exceptional Messenger. I share it here for the first time. That special “kaí” might help you like it has helped me. Are you “low,” discouraged, burned-out? Perhaps you are more Elijah-like than you know! Now couple your “low” with James’ special kaí — yet in spite of that he prayed — and God may answer in surprising ways.

I have one final encouraging example from Elijah’s life to share in a moment; but having spoken of prayer, here are a few things I’d like to share in order for you to pray with us:

Click on the photo to see an example of a house in the Colonia Guillén neighborhood get “swallowed.”4 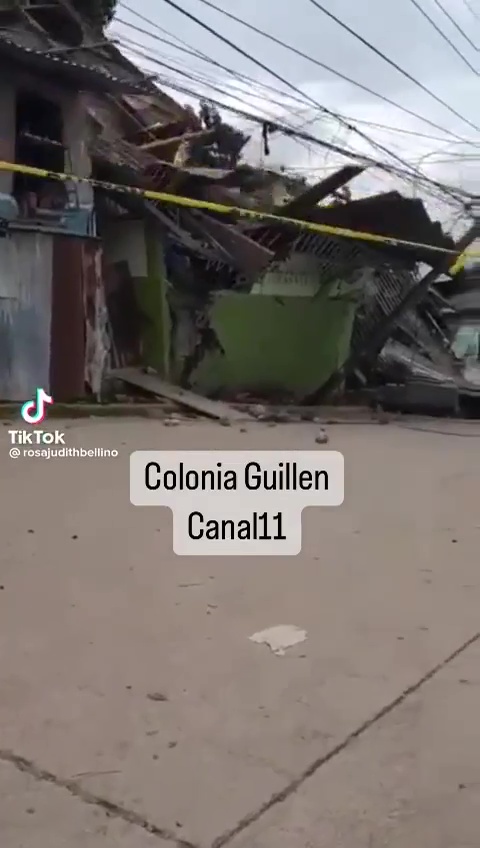 A house doesn't have to be “swallowed” to be destroyed. Click on the photo above to see a family’s home flattened.5 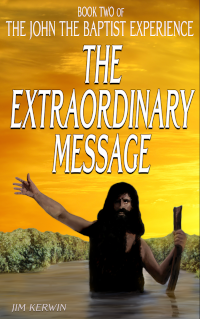 Elijah: Fleeing From or Fleeing To?

In closing, here’s my final thought about Elijah. Up until very recently, I have always “tut-tutted” Elijah’s “running away” in 1 Kings 19. (Never mind that I would probably have done the same, only faster, faced with Jezebel’s murderous threat!) I’ve always thought of Elijah as fleeing away; and he certainly was doing that. It wasn’t until recently that the Lord pointed out to me that Elijah was also fleeing towards something. 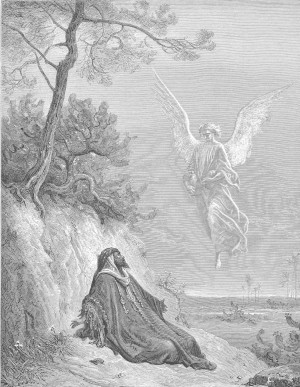 This is Gustav Doré’s famous rendition
of the event in 1 Kings 19.
You and I know that angels don’t have wings.
But (unlike you) Doré didn’t know that
because he never had the opportunity to read
either Wingless Angels and Their Poetry
or Who Was the Angel of the Lord?

Elijah fled south, from the city of Samaria, the capital of Israel. He would have been safe once he crossed over Judah’s northern border. But he kept going, because safety wasn’t his primary objective. He traveled to southern Judah (Beer-sheba, v. 3) and left his servant there. Then Elijah continued southward — alone (v. 4); but he didn’t have the strength to reach his goal. He prayed and the Angel of the Lord intervened, not once, but twice (vv. 5-7).

The Angel mentioned Elijah’s “journey” (v. 7), but He never told him where to go, because Elijah’s goal all along had been to seek God’s presence and counsel on Mount Horeb. Yes, he was fleeing from Jezebel’s death threats, but he was fleeing to God’s presence as well. God’s sustenance gave him the ability to achieve his heart’s desire.

Having been in God’s presence, receiving His word, His correction, and fresh guidance and direction, Elijah returned with his new sense of purpose. That’s where I found my “turn around” space — just waiting quietly on the Lord for days, praying little except, “I’m here, Lord. Please restore me.” And the Lord was gracious.

Scripture says that Elijah was like we sometimes are — homoiopathēs, vexed, suffering discouragement, feeling down. But in spite of those “low” periods, (“kaí” — and yet, nevertheless, in spite of) Elijah prayed and God answered in amazing ways. Be like “the man of like passions”: Continue praying faithfully in spite of your situation. And if you find yourself running from an overwhelming situation, “flee” to God and His presence! May you experience

…when the times of refreshing
shall come from the presence of the Lord…
(Acts 3:9).