An Open and “Shot” Case

Yes, I know — the phrase in the newsletter title is usually “an open and shut case.” I'll explain in a moment but first I have a…

Newsflash for “Somebody,” the Intercessor 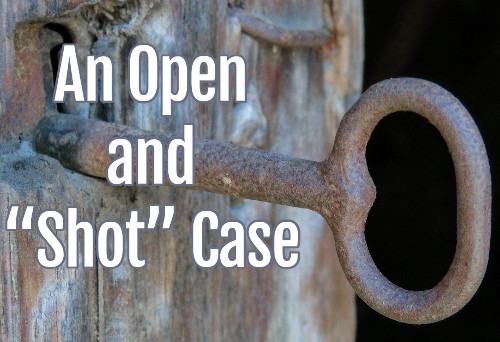 Our COVID vaccine shots don’t open doors,
but Jesus does!1

I want to thank the Lord and somebody out there. I don’t know who. You may recall the last newsletter took on the theme of my “oomph-lessness.” I managed to hit the “send” button around 8 pm local time and I went to bed.

Somebody received the newsletter that same night and prayed for me. Dark and early, right at 04:00 the next morning (my preferred wake-up time, a schedule that allows me to spend over two hours in research and writing on my The John the Baptist Experience), I was wide awake and fully energized. It wasn’t just that I had a good night’s sleep (I normally sleep “like a log” anyhow) or that my battery was “recharged”; no, in a single night my body and mind had received a complete overhaul.

Somebody, whoever you are, many thanks. And be encouraged that the Lord listens when you pray. 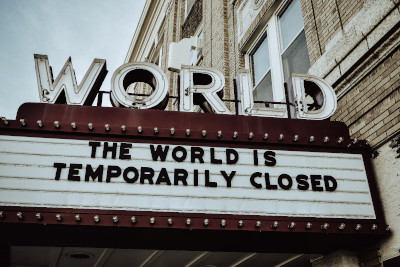 Maybe so. But not for God’s Spirit,
and not for too much longer for us!2

Both Denise and I received our second COVID shots, so with the Lord restoring my strength, I guess you can say I’ve received two “shots in the arm” over the last four weeks. While that opened doors of ministry in Florida (at the North Florida Theological Seminary — NFTS for short) in April and in Iowa (at next month’s week-long annual Iowa Holiness Association camp meeting), doors of ministry haven’t yet been re-opened in Latin America. There are countries in which churches still are not meeting “in person.” (Vaccines are in woefully short supply in developing countries.) So we wait for the Lord to open the doors in His timing.

From personal experience (usually from remedial classes in the School of Hard Knocks) and observation (i.e., the luxury of learning from other people’s experience in the same school), I have learned the following:

We need to be able to perceive the state of the door (shut, opening, or open) and be willing to wait until the Holy Spirit says, “The time is NOW.” Perceiving the “open door” as well as the timing once again results from a case of “shut” and “open,” as Jesus told us in Matthew 6:6 (NKJV):

“…when you pray, go into your room, and when you have SHUT your door, pray to your Father who is in the secret place; and your Father who sees in secret will reward you OPENly.”

April has closed with blessing. During the month we: 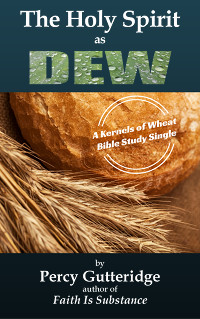 I’ve never heard the Holy Spirit described this way by anyone else. (Yes, it’s also available free on the website.)

What we hope and plan for May:

My prayer to the Lord for you is that you would join with Brother or Sister Somebody (the person I mentioned at the beginning of the newsletter) in responding to Colossians 4:2-4, a passage that has been a “life verse” of sorts for me over the last twenty years:

2Devote yourselves to prayer, keeping alert in it with an attitude of thanksgiving; 3praying at the same time for us as well, that God will OPEN UP to us a DOOR for the word, so that we may speak forth the mystery of Christ, for which I have also been imprisoned; 4that I may make it clear in the way I ought to speak. 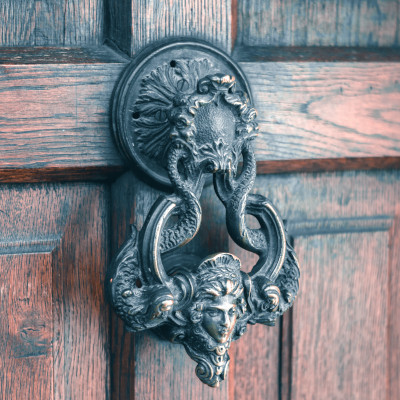 In our teaching ministry, we only want to go through the doors that Jesus opens for us — doors as yet still closed by COVID, perhaps doors that were closed for other reasons in the past (Costa Rica and Nicaragua come to mind), and even doors we don’t yet perceive. Our Great Commission — yours and ours — is to “…teach all nations… to observe whatsoever I have commanded you” (Matthew 28:19-20). To that end, let’s pray together for the next open door, knowing that “to the one who keeps on knocking, the door will open” (Luke 11:10 Williams New Testament). It’s great to know that we’re in this together with “the One Who opens and no one can shut”!