Grateful for a Godly Influence 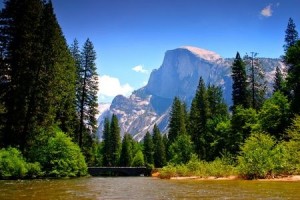 Here in the United States, November is the month during which we celebrate Thanksgiving. In looking over my 63 years, I find that I am very thankful for the teaching, influence, guidance, and friendship of my “grandfather in the Lord,” Pastor Percy Gutteridge. My first clear memory of Pastor is the summer of 1969. He was the Bible teacher for our church's week-long high-school-youth-group campout in Yosemite Valley, California. I was only a year old in the Lord then, had been baptized in the Holy Spirit less than five months, and all things scriptural were new and wonderful. But this man's teaching – it was deep, yet simple; profound, but practical; and (as I learned subsequently in many years of personal Bible study) not often the sort of thing one was likely to find in books or commentaries.

As he did with some other young “Jesus Movement” pastors of that day, Percy became my mentor, confidant, and friend. Over the years, he had the discernment to encourage me when I thought I ought to be rebuked, and to rebuke me (in his very kind way) at times I thought I was doing quite well. To have become, essentially, the “curator” of his teaching ministry has been as big an honor as it has been an undertaking.

Our online Percy Gutteridge catalog is where just about everything we offer by Pastor Gutteridge can be found. In addition, we're blessed to share with you some new offerings that have been released in the last six weeks.

We've posted two new Grains from Gutteridge podcasts. Part of Pastor's legacy is an archive of about a hundred recorded messages; and through the personal ministry of friend Brian Fettes, those cassettes are being digitized to be shared out in a free, downloadable way. Newly minted Gutteridge fan Mary Cullinane has audited some of the most recently converted messages, and her notes will be the basis for the podcast shownotes through at least the end of 2016. The two new messages are:

Lord willing, December should see an unusual Advent message entitled Holiness: Preparation for His Coming. And queuing up for 2016, we have Pastor Gutteridge's 11-part series on the Book of Revelation, helpfully digitized by long-time friend, Dave Minarik. Watch for them!

New Online and in Your E-book Reader

Who is Earth's Most Powerful Preacher?

Do you know the identity of earth's most powerful preacher? No, I'm not talking about Pastor Gutteridge, but rather, his message Earth's Most Powerful Preacher. It is the first new article on our newly converted (but not quite ready for prime time) FinestOfTheWheat.org website – a powerful message!

A new Gutteridge e-booklet has been published recently, part of the Kernels of Wheat Bible Study Singles Series: The Sevenfold Holy Spirit. It's available on Kindle (Amazon), Nook (Barnes & Noble), and Kobo for 99¢; but, like just about everything else we publish, it's also available for free online reading. Click through to https://finestofthewheat.org/sevenfold-online.

“I Wish I Could See Him Again”

Every so often when I'm dealing with a seemingly intractable problem (or when I just get a bit nostalgic), I think of the counsel that Pastor Gutteridge used to share, friend to friend, minister to minister, and I find myself thinking, “I wish I could see him again.” If you knew Percy “way back when” and have had that thought flit through your mind, I've got news for you. You can “see him again” – sort of.

A few years ago, friend Brian Fettes, always on the lookout for “new” (which is to say, “old, but as yet undiscovered”) Gutteridge messages, found himself rummaging around the basement of a Bible college in Alberta, Canada where Pastor Gutteridge taught classes in the late 1980s and early '90s. Brian unearthed a pile of VHS tapes of Percy teaching classes there; and, being Brian, he brought them home (with permission) and arranged for them to be digitized. As an experiment, we are offering two of these old videos as DVDs:

DVD: A Son or Daughter of God

They're available from our distributor, Kunaki.com, for US$2.99 each, plus shipping. (Using a distributor like this relieves us of the burden of duplicating discs, taking payments, shipping, and mailing. Some day, if the Lord brings along a real video “whiz” to help us in the ministry, we'll also post these messages for free on YouTube or Vimeo.) Special thanks to Murry Whiteman (a man of God who also owes much of his spiritual formation to Pastor Gutteridge's ministry) for the album art work.

Two caveats should be noted about these DVDs:

…but if you'll take your visual Gutteridge dose however it comes, you'll be rewarded, not just by the messages, but every time you see the twinkle in Percy's eye. If there's interest in these two titles, there are about 20 more DVDs we could offer, on subjects as diverse as Joshua, Evangelism, Old Testament Survey, and Systematic Theology. We'll know by your response (or lack thereof) whether we ought to proceed with the others. Drop us a line at GutteridgeDVDs@FinestOfTheWheat.org if you have any interest.

Thanksgiving for Percy Gutteridge — and You! 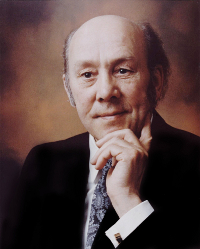 Yes, I thank God for Percy Gutteridge's influence in my life. If time and space permitted, many more men and women could be added to this recitation of gratefulness. But I would like to thank each of you, dear readers, prayer warriors, and supporters, for continuing to make this Finest of the Wheat ministry possible.

Evangelical tradition would seem to dictate that I put some sort of near-end-of-year donation appeal here at the end of the newsletter; but I'd like to let God speak to hearts as He chooses. (It's not that we don't need the gifts; in fact, just last night our treasurer informed me that we've come up short on missions-trip funds for the year.

…hmm, well this is awkward! In the newsletter we sent out, I gave out a special “prayer hotline” e-mail address which I said I would make available only to our newsletter subscribers. So I guess I'll have to keep my word and not include it in this web-based copy of the newsletter. (I didn't think that through ahead of time too well, did I?) What to do? I reckon you could sign up for the newsletter, if you haven't already. If you do it before the December newsletter comes out, this same newsletter issue — including the e-mail address — will be sent within 24 hours. (No, this wasn't meant to be a not-so-clever ploy to get you to sign up; but I made a promise, and now I've got to keep it. Sorry!)

Thanks be to God for His indescribable Gift (2 Corinthians 9:15 NASB)!

Jim Kerwin
for Finest of the Wheat

Credits: Images of Yosemite, firstfruits, and the “mystery preacher” are used under license from 123RF.com. Liberty Bell image adapted from Creative Commons image on Wikipedia attributed to “Antonu.”